HISTORY OF THE MERINO SHEEP

The discovery of the fine-wool breed of sheep gained great economic importance in medieval Spain. Nowadays, the main supplier of the coveted wool is Australia. 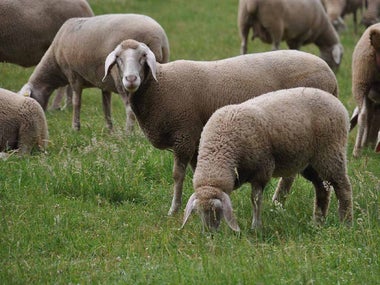 1. Origin of the Merino Sheep

3. How much wool does a merino sheep give?

1. Origin of the Merino Sheep

The origin of the Merino sheep can be traced back to the North African highlands of the Atlas Mountains. Today they are among the oldest and most resilient sheep species in the world. In the Middle Ages, sheep came to Spain from Tunisia and were also kept here as one of the first herds for wool production in Europe.

Merino sheep were bred exclusively in Spain until the 18th century. There it was forbidden to export the sheep to other countries, which was even punished with death if not observed. Of course, the monopoly of the so-called "Spanish wool" didn't last forever, so after a while the sheep were found all over the world. Among other things, they ended up in Australia, which is now the country with the largest Merino sheep population.

With the global spread of merino sheep in the 18th century, they also came to Germany. Here the sheep were crossed with local breeds due to their advantageous wool properties. From this breed, the Merino meat sheep, the Merino long wool sheep and the Merino landscape sheep emerged. With 30% of the total wool yield in Germany, the Merinoland sheep is the most common breed of sheep. In Bavaria, they even make up around 70% of the wool yield.

Australia and New Zealand have been the world's largest suppliers of wool since the import of Merino sheep . With around 40% of the total annual wool turnover, merino wool contributes to a large extent alongside conventional sheep's wool. Australia is considered the largest supplier of Merino wool and covers almost 100% of the demand for the miracle wool.

3. How much wool does a merino sheep give?

The average size of a merino sheep is, similar to that of conventional sheep, with a body length of 1.40 m. The weight of the sheep is about 100kg. In contrast to conventional sheep, which on average deliver between 3kg and 6kg of wool per year per shear, the Merino sheep only has 2kg to 4kg of pure washed wool. Here the sheep are shorn to the skin in order to obtain the highest possible yield.

Due to breeding, Merino sheep have to be shorn regularly, about once a year, because they don't lose their wool on their own. If not sheared, the sheep would lose viability due to the ever-increasing amount of wool. 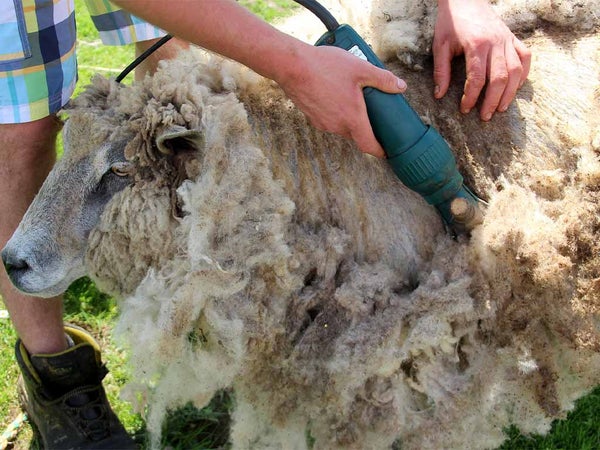 Due to their many skin folds, Merino sheep offer pests a warm and moist breeding ground, especially in the area around the anus due to the residues of faeces that have gotten stuck. Through the nesting of fly maggots in this area, the animals often become infected with the infectious disease myiasis.

This disease is defined as the infestation of fly maggots, which feed as parasites on the body tissue, the intestinal contents or the body fluids of the sheep. If this disease is not treated in time and the maggots removed, it can lead to serious infections and blood poisoning, which often ends fatally for the sheep.

The supposed solution for the breeders to avoid this disease is the cruel method of mulesing. During mulesing, the wrinkled skin around the anus is already cut out of the lambs. A smooth, scarred surface develops so that the maggots have no breeding ground. This procedure is usually performed without anesthesia and with the animals fully conscious. Since further care is usually not guaranteed and this often leads to infections, this method is considered extremely controversial.

In view of the centuries-old history, its worldwide distribution and the resulting breeding, the Merino sheep has developed into one of the most important wool suppliers for modern and functional leisure and outdoor clothing due to the wonderful properties of their wool. Taking into account the "No Mulesing" seal, the miracle wool outshines all other types of wool and synthetic fabrics.